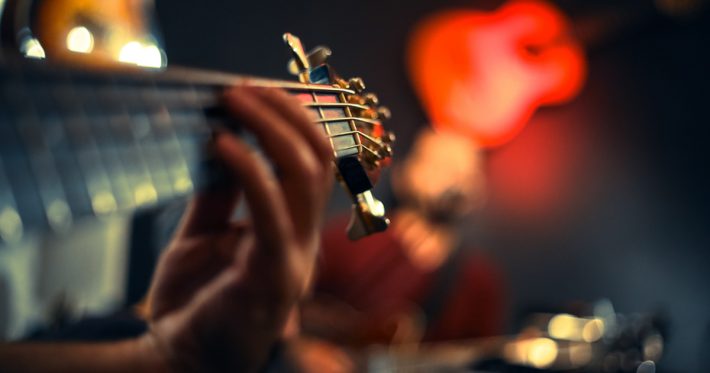 Imagine for a moment that you are the worship leader of a massive church. People sing your songs everywhere. You are partially famous because your choir is one of the leading choirs in the land.

Before the internet, there were songbooks and before that, hymnals that people would use to find out what songs are being sung outside of your little circle and how to play them. Now imagine that as the worship leader of this massive church your songs are in that book and it’s important for you to stay in the good graces of the lead pastor because your livelihood is in his hands. The pastor fancies himself as a psalmist of sorts and played an instrument when he was young. He writes poems and gives them to you to turn into songs. Some of them are better than others but you know your job, so you do what is asked of you and you keep cranking out the hits.

Now in our little thought experiment here, imagine that one day the pastor comes to you with a poem and as usual, tells you to turn it into the next song for the congregation. You wince a little because his songs have been kind of negative recently. There’s a fair amount of complaining and self-pity. But this is the song to end all songs of bizarro world.

The pastor walks into your office and says, “I had an affair recently. Well, I actually raped a woman recently and “accidently” got her pregnant so I killed her husband because my rape would become public. It’s kind of complicated. Anyway, God got upset and had me called out by my prophet. I wrote a little song about it. Like to hear it? Here it goes.”

The Bible is as complicated as life

This past Sunday I stood on stage and began to read the Lectionary Psalm before worship:

“For the choir director. A Psalm of David, when Nathan the prophet came to him, after he had gone in to Bathsheba.”

I turned around to my worship leader and said, “That’s kind of crazy right? Imagine If I told you to write a song about my affair.”

I have been fighting a cold and was a little loopy and in those times my filter doesn’t work as well as it could but it’s a fair question.

In trying to share the Gospel with the world, I think sometimes Christians forget how crazy the Bible is. I don’t mean crazy like unbelievable, fictitious, you gotta be some sort of moron to read this thing. I mean crazy like this thing is packed with some wild stories that we have somehow normalized in our Christianity.

The otherness of the Bible

This book is wild, fantastical, convicting, and confusing. It is not a manual for success or a guidebook for life. It is a mysterious invitation from the God who is Spirit, who hides wisdom from the world but reveals it to those who are being discipled by Him.

And to borrow a line from Sir Winston Churchill it is “a riddle, wrapped in a mystery, inside an enigma” that is life to those who are seeking.

So David wrote a song about his affair. It shows us how our sins are primarily against God. That is a powerful lesson that we can’t miss. But there is more. It also shows a terrifying lack of agency afforded Bathsheba. That is an indictment on entitled leadership. It also shows how leaders can be utterly unaware of how they present when their power is felt to be absolute. This is a warning for an impending downfall.

It’s all there and we need to learn all of it. But we can’t normalize it or dismiss any of it because to do that is to lose the power of the story the Bible is telling.

All these years later we still miss those seemingly secondary lessons because we still applaud leaders who publicly confess their sins. Those announcements are never focused on the restoration of those sinned against. They don’t go any deeper than celebrating repentance.

So let’s read the Scriptures with new eyes. Let’s read these crazy stories and ask God afresh, “What is going on here? Why is this in here? and What am I supposed to take away from this?

We might get a few less scandals and a little more relevance to the culture.