Skip to content
Loading...
Latest posts
Why You Should Start Collecting Relics in 2023
On the day of the feast of Saint Stephen, also known as my birthday
The Real Prophetic Question the Church is Facing
I Wrote a Worship Song About My Affair
ArticleVirtue-Signaling 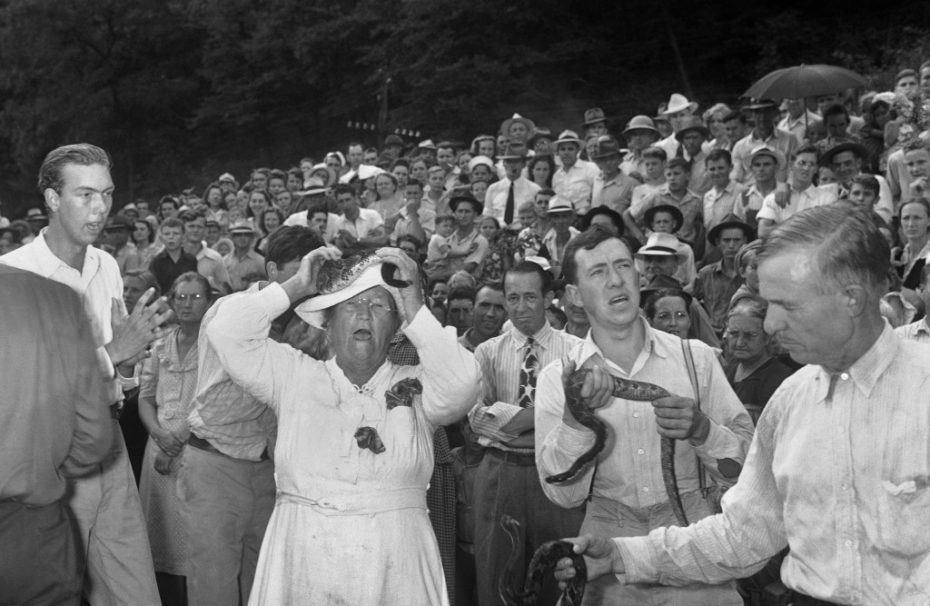 Cody’s father Jamie Coots followed in his father’s footsteps of snake-handling. As disciples of Geroge Went Hensley, they learned that the test of their faith was their ability to trust that the God of the Bible can be trusted to protect and heal. That would be fine if it ended there. But of course it doesn’t end there.

The snake-handling sects of central Appalachia have determined to not only believe God, but show their faith to others by putting God to the test as an act of faith. They parade poisonous snakes in their services to show to others what faith looks like.

It is no surprise to anyone that many of their pioneers, including George Hensley and Cody’s father, died from snake bites. Both of them declared that it was the Lord’s will that they die and not be taken to the hospital.

I will agree only to the extent that if God created poisonous snakes, it was His will that we stay away from them. To most people this is not a complicated concept. Only, it really is. Religious extremism is difficult to untangle in the mind of the person ensnared.

It seems perfectly reasonable to demonstrate your faith in God as being truly genuine by handling snakes, denying science, or blowing yourself up.

Christanity is a belief system completely built on the belief that a person is justified before God based on nothing they can do in and of themselves but on what a divine someone did for us. It is the very core of Christianity to not only surrender the need to demonstrate trust in God externally, but the surrender of the ability to do so.

Before my conversion to Christ, I asked a friend if his Pentecostal church handled snakes. He had no idea what I was talking about. Most Pentecostals do and they have to fight the image the fringe elements of our faith paint for us.

Those who are most radicalized often do the least about of thinking, questioning, and listening. But they also do the most amount of proselytizing.

Once it enters one radical’s mind that there is a way to prove their faith, and disprove the faith of their imagined adversary, it’s game-on and no amount of reason will deter them.

This is in part why many deny the true existence of the modern, personal Spirit-baptism. They have convinced themselves that the portions of the New Testament they have not experienced were temporary. While the portions that they can reason, are for today.

This is precisely why I find it odd that so many that would never preach the speaking in tongues are publicly urging their congregations to purposefully encounter serpents.

It is an undeniable fact that among the most risky things a person could do in this season is to fill a closed space with people and have them sing at the top of their lungs.

To begin physically meeting as a church is one of the heaviest decisions church leaders can make in this time. Many, many are doing so with wisdom and care. Others are doing it out of sheer bravado. This is not radical faith, its radicalized faith and it does not honor God.

I would prefer to physically handle a rattlesnake myself. We know far more about the handling of deadly snakes than Covid-19. We have anti-venom for snake bites.

And all these careless leaders have for Coronavirus is thoughts and prayers.